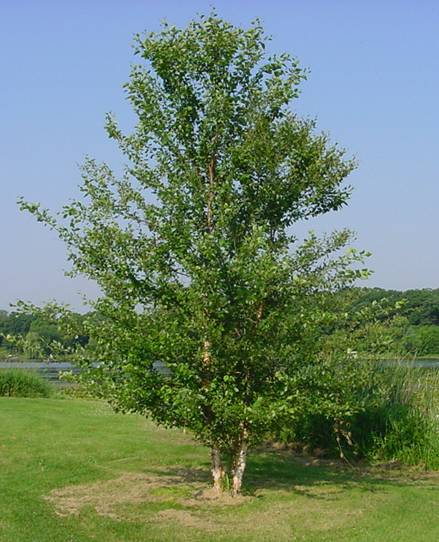 December 24 to January 20
DESCRIPTION – This slender tree is a bit deceptive. It appears fragile and delicate, yet it is capable of living where “hardier” trees cannot. If you’re born under this sign, you, too, may present a rather tender “front” to others, but your inner strength is unwavering, and you’ll lend support gladly to others who rely on you. Purity of thought and a knack for realistic evaluation is also associated with this tree sign, since the whiteness of the birch stands out so clearly, in such striking contrast to the foliage that also lives in its native environment. Your quiet determination to succeed by following a reputable path is the stuff that hero and heroines are born with.
GENDER – Feminine
ALTERNATE NAMES – Moon of Inception, Moon of Beginning

January 21 to February 17
DESCRIPTION – Sometimes referred to as “the whispering tree”, the rowan tree’s magic was well known among the Celts. Its berry is shaped like a five-pointed star, first of all, the symbol of magical protection against spells, enchantments, and glamours. You, too, are a magical creature, able to use you intuition and higher understanding to both enchant and protect. Trust your insights, and act upon them – even if you’re seen as “unusual” or “unpredictable” by others. Your ability to envision the future is priceless.
GENDER- Masculine
ALTERNATE NAMES – Moon of Vision, Spirit Moon, Astral Travel Moon

February 18 to March 17
DESCRIPTION – The ash tree is famous, although anonymous, since it’s the tree from which the Hanged Man is suspended in tarot decks. The roots of the ash penetrate deeply into the earth, and the tree itself is known for its speed of growth. Its energy, then, also builds quickly, but is dispersed just as fast. Born under this sign, you have a “knowing” of the connection between our planet, our universe, and ourselves. You feel the pain and joy of all other creatures, from trees to animals to those humans less fortunate than yourself. This lends compassion to your personality that’s incomparable.
GENDER – Feminine
ALTERNATE NAMES – Moon of Waters

March 18 to April 14
DESCRIPTION – The alder is amazingly resistant to water. As a result, it was often used in construction under water, from bridges to foundations to stilts for homes located close to rivers. This resistance makes the alder a powerful force in psychic battles. If you were born under this sign, you have tremendous courage in the face of obstacles and the power to win in disputes. Watch for a tendency to create wars where there are none, and be careful not to dissipate your strength through engaging in meaningless debate.
GENDER – Masculine
ALTERNATE NAMES – Moon of Utility, Moon of Efficacy, Moon of Self-Guidance

April 15 to May 12
DESCRIPTION – The willow seeks out water, and is often found near streams or above natural underground wells. Like no other, this tree is associated with the Moon, in all her phases – and so symbolizes the change of our feelings and “moods” as time passes. Born under the sign of the willow, you are an instinctive creature – in fact, you often react primarily from your “gut response” rather than on intellectual information. Watch the rhythm of your moods carefully and pay attention to your dreams. Their symbolism will help you navigate throughout life.
GENDER – Feminine
ALTERNATE NAMES – The Witches’ Moon, Moon of Balance

May 13 to June 9
DESCRIPTION – The hawthorn is a small tree that was often used for hedging, and it has a mixed reputation. Known to be both a sign of fertility and death, it was said to contain the knowledge of both reproduction and transformation. Both of these processes take time – and if you were born under the sign of the hawthorn, you have an innate understanding of both the importance of process and the necessity for change. Your challenge is to use that understanding to guide you when undertaking new starts – don’t rush. Wait, and prepare carefully.
GENDER – Masculine
ALTERNATE NAMES – Moon of Restraint, Moon of Hindrance, Summer Moon

June 10 to July 7
DESCRIPTION – The oak tree endures what other cannot. It remains strong through challenges, and is known for being almost immortal, as is often attested to by its long life and ability to survive fire, lightning strikes, and devastation. If you were born under this sign, you have the strength of character and purpose to endure, too – on matter what your challenges. Direct your energies wisely, make your risks are well calculated, and you’ll overcome whatever seemingly “impossible” quests are sent to you.
GENDER – Masculine
ALTERNATE NAMES – Moon of Strength, Moon of Security, Bear Moon

July 8 to August 4
DESCRIPTION – Hollywood was used by the ancients in the construction of spear shafts, and as the spiny leaves show, its well prepared for battle. A symbol of firmness and masculine energy, the holly endows those born under its sign with an equally well-prepared nature. You have a strong connection to the earth, amazing physical strength, and the ability to direct your energy in a balanced even flow. This stability gives you a generosity of spirit ad a very matter-of-fact solidness that others will respect, admire, and rely on. Before you engage in any battle, look inside for understanding and respect for your opponents.
GENDER – Feminine
ALTERNATE NAMES – Moon of Encirclement, Moon of Polarity

August 5 to September 1
DESCRIPTION – The hazel produces its nuts in fall, after having spent the year building the inner strength to protect them. The shell of this nut is so hard, in fact, and contains its treasure so well, that is was the inspiration for the phrase “in a nutshell.” Born under the sign of the hazel tree, you also have an inner treasure to offer – the fruits of you knowledge. Your wisdom and ability to communicate ideas make you capable of transforming the thoughts and opinions of others. Be careful how you wield your word-wizardry.
GENDER – Feminine
ALTERNATE NAMES – Moon of the Wise, Crone Moon

September 2 to September 29
DESCRIPTION – Vines traditionally carry fruit, the most famous of which is the grape, used to make wine, that magical elixir that’s known for its ability to dissolve the boundaries between us, allow us to mingle more easily, and relax with others. You are born to socialize, with keen abilities to restore balance to unhappy or unfair situations. Your instinct makes you amazingly perceptive with regard to the motives of others, and your charm is irresistible. Trust this instinct, and form relationships that will last. Don’t be afraid to spend some time alone occasionally – sometimes our own company is the best.
GENDER – Androgynous
ALTERNATE NAMES – Moon of Celebration

September 30 to October 27
DESCRIPTION – Ivy travels everywhere – it spreads happily and thrives in many places where no other greenery could survive. Its determination to reach through obstacles toward light and nourishment is well known, too. If you were born under this tree sign, your networking abilities will further both your personal goals and the purposes of your “cause” – whatever that might be. It’s important that you use this talent to reach out, like the ivy, in a productive way. Don’t allow yourself to bind others to you, or to be bound by guilt, worry, or fear of the future.
GENDER – Masculine
ALTERNATE NAMES – Moon of Buoyancy, Moon of Resilience

October 28-November 24
DESCRIPTION – The roots of the reed go deeply into the water from which it takes its nourishment. These roots are the strongest part of the reed, in fact – so its true strength is doubly hidden, both beneath the water and the floor of the pond or lake where it grows. If you were born under this sign, you, too, have secret strength, and perhaps secret motivations, as well. Your challenge is to use your “detective abilities” wisely, not to undermine others or find their weaknesses, but to evolve into a deeply perceptive individual whose wisdom can be used to teach others.
GENDER – Feminine
ALTERNATE NAMES – Moon of the Home, Hearth Moon, Winter Moon, Moon Which Manifests Truth

November 25 to December 22
DESCRIPTION – The elder is a very adaptable tree, quite able to regenerate itself in many ways. It can be rooted from a branch and regrows limbs quickly, allowing it to recover from damage of both natural and unnatural assailants with equal ease. Born under the elder sign, the, you, too are able to live and prosper under any conditions. You will live many “lives” during your time here, and will carry those memories into every new venture. Think of yourself as a gypsy and a student, collecting experience and knowledge so that you may eventually become a great teacher.
GENDER – Masculine
ALTERNATE NAMES – Moon of Completeness

December 23 is not ruled by any tree for it is the traditional day of the proverbial “Year and a Day” in the earliest courts of law.