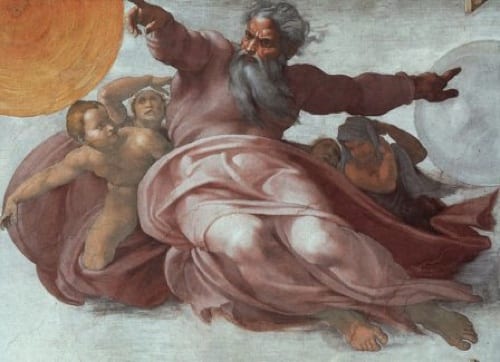 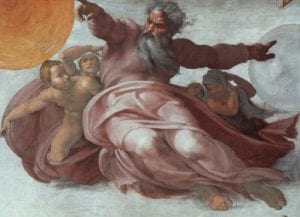 According to contemporary Evidentialists, even moderate forms of belief based on faith will not do. Writing in The Encyclopedia of Philosophy in 1973, Paul Edwards outlined a conception of an atheist as someone “who rejects a belief in God” for any number of reasons, including a lack of positive belief for this claim.

In his book Primary Philosophy (1966), Michael Scriven argues that the theist and the atheist don’t share the burden of proof in arguments for the existence of God equally. Interestingly, Scriven does not say that the atheist needs to prove the nonexistence of God in order to say that God does not exist. On the contrary, Scriven maintains that the believer must prove the existence of some god or other, and if he fails to do so, “there is no alternative to atheism.”

Put another way, if you can show that a belief in God is unfounded given the evidence, that is enough to tip the scales toward atheism. Scriven makes use of several analogies to make his point. If someone maintains the Loch Ness Monster exists, his claims suffer from a lack of evidence. But since unknown species have been discovered before, one cannot say at the claim is false. In addition, the claim makes no reference to supernaturalism. So you take a skeptical attitude and suspend judgment.

But Scriven thinks the case is different when a claim is unsupported by empirical evidence and lacks general support. Such is the case with claims about supernatural entities unprecedented in our experience. Scriven uses the example of Santa Claus. Claiming that Santa exists is to make such a radical statement that “explicit disbelief” is the appropriate response, not mere suspension of judgment. That is, you are justified in saying that Santa Claus does not exist, even though no one has positively disproved his existence. After reaching a certain age, you see that there are no reasons to believe in the existence of this being. You don’t take an agnostic attitude toward Santa; rather, you assert that it is foolish to believe in his existence or in the likelihood of his existence. Scriven applies the same reasoning to the existence of God.

The Demands and Applications of Evidentialism

Among other things, Evidentialism entails that believers apportion their belief to the evidence. How would this affect the specifics of religious belief? To take an example, if the arguments for the existence of God do not “prove” God’s existence, believers should not have a full belief in the existence of a supreme being. Put another way, they should at least hold a measure of doubt.

Evidentialism also applies to other religious notions. Some believers claim to have had “religious experiences” in which they report having contacted a transcendent being or felt God’s presence in some way. Evidentialism requires, at the very least, that the believer correlate his private experience with his assertion, if any, that God exists.

Other examples are more specialized. Can a believer point to the evidence that bolsters his belief that the Koran is the word of Muhammad or that Jesus was God incarnate? If the balance of evidence does not favor such beliefs, he cannot believe such statements with full confidence. Again, no belief can be held with full confidence unless there is conclusive evidence for it.