Every Psychic Is Different

Home Every Psychic Is Different 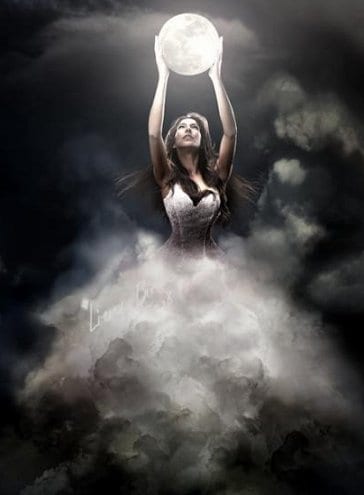 As you have already discovered by examining your mental makeup, every person is different, and the same truth applies to psychics. Some psychics see their abilities as a service that should be paid for. Others refuse to charge money, believing that their gift is something to share freely. This is true not only in intuitive areas, but also in many other creative fields such as art, music, and writing.

You may be just as psychic as the psychic whom you visit to get a reading. The only difference is that you may not have identified your gifts yet. It does take courage to take the first step in giving yourself permission to understand that you are psychic. Now that you have almost finished this book, you may be starting to recognize and understand your intuitive gifts and ready to take that big step of beginning to help others.

As you examine how some of the gifted readers do it, you may discover a method or area that you can use as a model to develop your special type of psychic ability. In the previous chapters, you investigated different types of psychic abilities. You may have found some that work for you, and some that do not.

Many gifted psychics have not had easy lives. For many, the intuitive gift is also a curse. It’s difficult to face your own health, financial, or relationship issues. Even Edgar Cayce did not listen to the advice of a reading that was given about his own health.

Many professional psychics received encouragement to use their intuitive gifts from other psychics. John Edward and James Van Praagh, two well-known psychic mediums, were both advised that they had the gift to communicate with the dead by professional psychic mediums. Fortunately, they listened to the advice and worked on their gifts, helping thousands of people find solace in the fact that their loved ones are all right on the Other Side.

The psychic encounters occurred early in their lives. Edward discovered that he knew a lot about his family’s history, and there was no logical explanation for how he could have known this information. Today, Edward has the ability to see, hear, and feel the energy of a person who has died. He then interprets what he feels for the person or persons whom the message from the Other Side is for.

Van Praagh had a more dramatic experience. When he was eight, he was praying in his room when he saw the Hand of God. Instead of shrinking away in fear, the boy found a peace that has stayed with him since his experience. As a medium, Van Praagh first feels the emotions and personalities of the deceased, and then receives a visual image of what he has felt.

Arthur Ford (1897–1971) met his spirit guide Fletcher in 1924, and he worked with him throughout his life. Ford was able to break Houdini’s coded message that he had arranged to send to his wife after he died: “Rosabelle, believe.” After Ford died, he wrote a book entitled A World Beyond through the automatic writing of Ruth Montgomery.

Another famed medium, Jane Roberts (1929–1984), channeled an entity whose name was Seth. Together they wrote a series of works sometimes known as The Seth Material.

There are many other scenarios as well. Sue developed her reading ability through the Spiritualist Church, where receiving messages from spirits was an accepted part of worship. As she became comfortable with her psychic abilities, Sue learned to trust her spirit guide, who gave her intuitive information in several different ways. She was able to tell what was wrong with a deceased loved one by feeling the pain in the area of her body that had caused the death of the spirit. At first she had to learn to protect herself from being overwhelmed by these feelings.

Once Sue made the adjustments she needed, she was able to learn to trust these feelings. As she progressed, she was also able to sharpen her focus in all five of her senses. Her images helped her produce accurate readings. One of her specialties is medical intuitiveness. She can give a diagnosis by reading it as it prints out backward across her visual eye screen in red letters.

It is important for a psychic to remember what or who is responsible for her intuitive information. Some struggle with the need to satisfy their egos and want all the credit for their “psychic gifts.”

Mary’s gift is different — she is able to visualize people as they were in a past life. She can describe what they were and what they did and how that has a direct bearing on their current lifetime.

Mary chose to use her gift as her profession. In her work, she helps clients resolve old karma and use the knowledge of their past lives to get in tune with their life today.

Examples of psychic gifts abound. Here are a few other cases of how these psychics first discovered their gift. Dave Adam’s grandmother told him that she could talk to the dead. She encouraged Dave to develop the same gift at an early age. Today, he has many visitors from the Other Side. When he knows that he is going to meet with a client, he will communicate with family members on the Other Side the night before so that he can get to know them. He has the ability to see guides, angels, animals, and deceased friends and family whenever he looks at a person.

Karen Lundegaard’s gift is different. When she was a young child, she had playmates, including a fox named Foxie and a little girl named Lulu. Karen thought that everyone had the ability to see what she called “misty people,” who came and went in her house. Her invisible friends helped her to see the future and hear what other people think.

Hollie began to have severe migraine headaches around the time that she started to open up to her psychic abilities. She needed help, and she went to a psychic who told her that in one of her previous lives she had been stoned to death for her psychic abilities. One of the stones hit her in the head, the same place where she gets her headaches. Once Hollie learned the reason for her pain, she tried to overcome it and began to work with her team of spirit guides.

Jeanne Dixon, known for predicting President John F. Kennedy’s assassination, was told by a gypsy when she was eight years old that she would become a great psychic. Her information often came in the form of a dramatic vision.