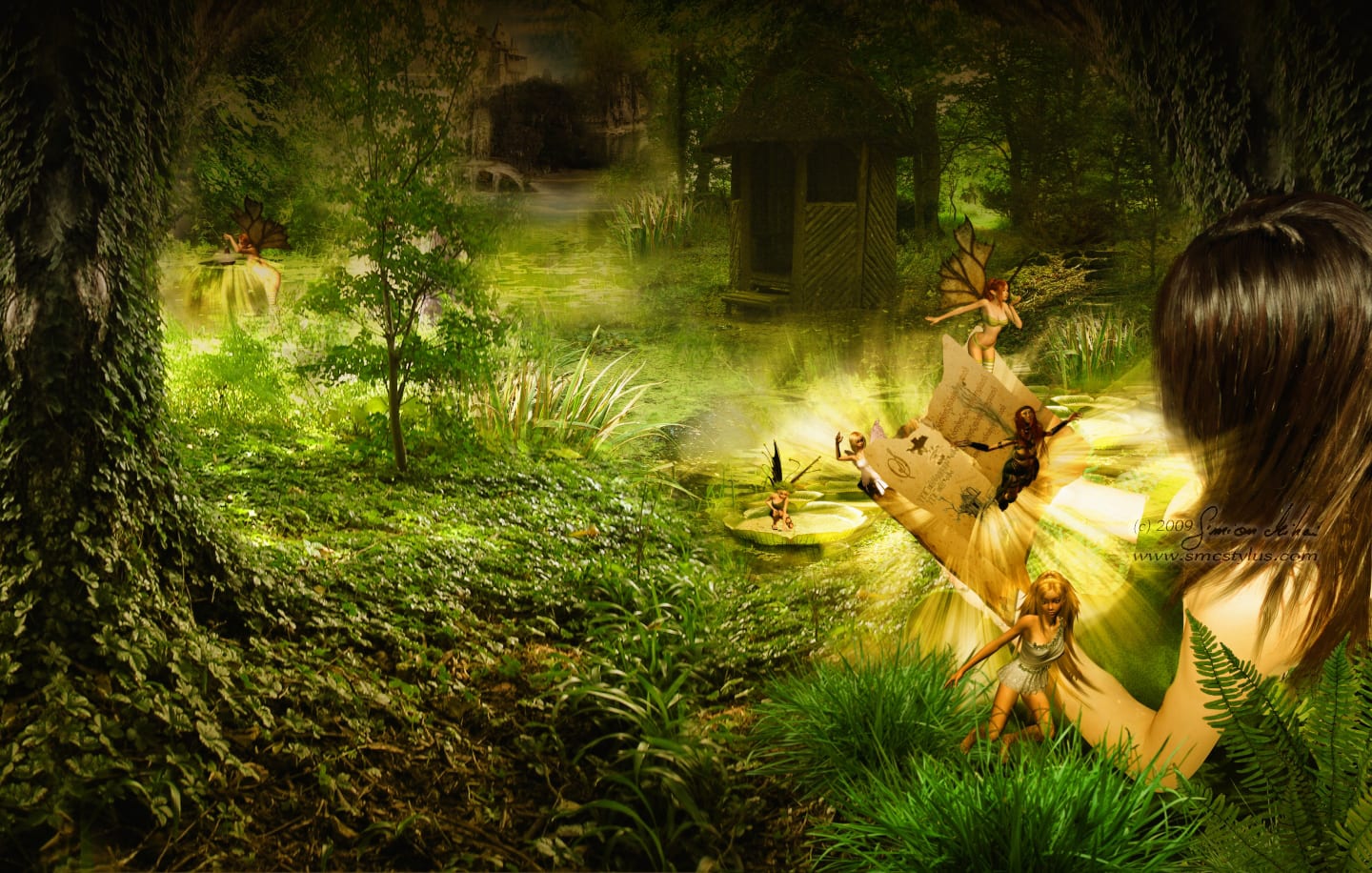 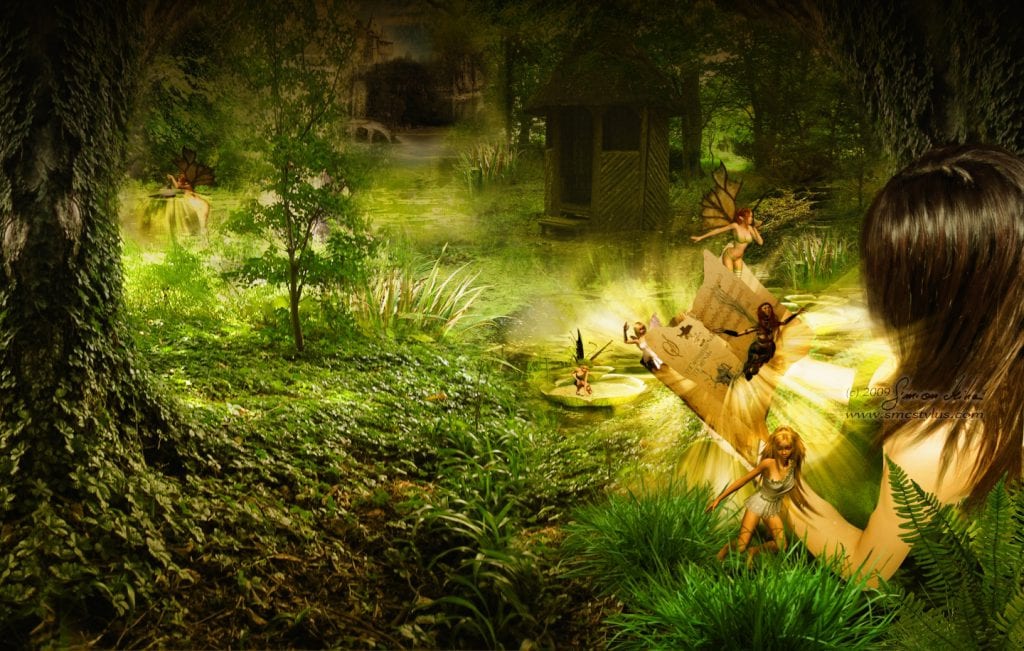 Faeries. What are they and what role do they play in the magic world?

Explore the magical world of faeries and findout!

Who are these ‘Elementals’ and what is their purpose?

Have you ever walked though a park or through the woods and felt a sudden sense of peace, minimizing all your problems after a discouraging day? You probably had contact with an “Elemental”. Elementals are “Nature’s Angels” and they are referred to by various names including Fairies, Elves, Devas, Brownies, Leprechauns, Gnomes, Sprites, Pixies as well as many others. These nature spirits are governed by the Archangels. (For the sake of ease, we will group all nature spirits as Elementals on this page unless they are specifically being explained.) [Scroll down to read the rest…]

Like Angels, Elementals do not have a definite form or appearance. It’s easy to determine if a picture is that of an Angel or a winged elemental. The winged Elementals have wings that look like a butterfly’s and Angels have feathered bird-like wings.

If they choose to show themselves to you, they may choose a form that you will recognize and be comfortable with or will associate with the element they represent. A fire elemental may appear as a spark, a face in a candle flame or bonfire, or simply a sudden warm spot. A water elemental may be a cold spot. An air elemental could be a sudden breeze or tiny whirlwind in the dust. A smell, taste, or an unexplained pebble in your shoe could be evidence of the earth elementals at play.

The belief in Elementals goes back to before the beginning of religion. Long before Angels, there were Elementals who inhabited all things. Animism which is believed to be the original religion of humankind believed that Elementals inhabit all things.

Most occultists and Neo-pagan witches believe these spirits possess supernatural powers and are usually invisible to humans, living among the trees, rivers, plants, bogs, mountains, and minerals. They attach themselves to practically every natural thing.

Interest in the elementals increased during the Middle Ages and Renaissance when practitioners experimenting with alchemy and magic sought to acquire nature’s secrets so to be able to control her forces.

Elementals are very mischievous and like to play, but their play may appear to us as disasters rather than play, such as thunderstorms, blizzards, raging seas. When Elementals decide to enjoy themselves, it’s best for us humans to take cover and hope they tire soon. Contrary to how it seems, Elementals activities are not always destructive, even though it may seem that way to humans at times. The elementals have their own agenda and they have a definite purpose, which we may not understand, but may be for the good of the planet as a whole.

Many believe Elementals are from a different realm, coming and going between our realm and theirs at their leisure. According to Quantum Physics, there are parallel universes much like our own, but in some of them animals who are extinct here, still exist there. Wars have had different outcomes. Unicorns run and graze freely. Ideas that are accepted there, but aren’t believed here. Elementals live in the realms where they are accepted and they can live freely and they easily travel between the universes where there is an overlap of the two universes. You can say, like a portal.

There was a time when most people freely believed in Elementals, until the church convinced them they didn’t exist. Now, because people can’t see them, they don’t believe they exist. Just because you can’t see them doesn’t mean they aren’t there. There has been so much research done on what people see, in plain sight. One such experiment was done by Daniel J. Simons & Christopher F. Chabris from the Department of Psychology at Harvard University. [1] Briefly, in this study, people were asked to watch a video of a basketball game and to keep track of the team with the ball. The people were so intent on the teams, half of them never noticed a woman in a gorilla suit walking across the middle of the screen during the game. Because some of the people didn’t see the gorilla, does that mean she didn’t exist?

Paracelsus was responsible for the names of the Elementals. A physician, alchemist mystic and medical critic, he was born 1493 in Switzerland, the son of a doctor and chemist. Paracelsus is considered the most original medical thinker of the 16th century, believed to be far ahead of all other medical scientists of his time. He was very controversial because of his arrogant and criticism of the medical practices of his contemporary doctors, believing universities didn’t teach everything needed to become a good physician and that experience was more valuable then the dry scholasticism of ancient tomes.

Despite his outstanding contributions to medical science, Paracelsus was a believer in supernatural things, intuition and the invisible causes of illness. His major work was in reconciling the art of healing with Christian and Pagan religion, studying the philosophy of spiritual substance, warning his contemporaries that to divide therapy from religion was a grave error in judgment. He believed the advancement of practical therapy depended upon a continuous exploration of the invisible side of nature, a search for causes and the realization that man was not simply a physical creature, but a living soul whose internal attitudes could profoundly affect his health. [2] Concerning Elementals, Paracelsus said:

“The Elementals are not properly spirits, because they have flesh, blood and bones; they live and propagate offspring; they eat and talk, act and sleep. They are beings occupying a space between men and spirits, resembling men and women in their organization and form and resembling spirits in the rapidity of their locomotion.” Paracelsus