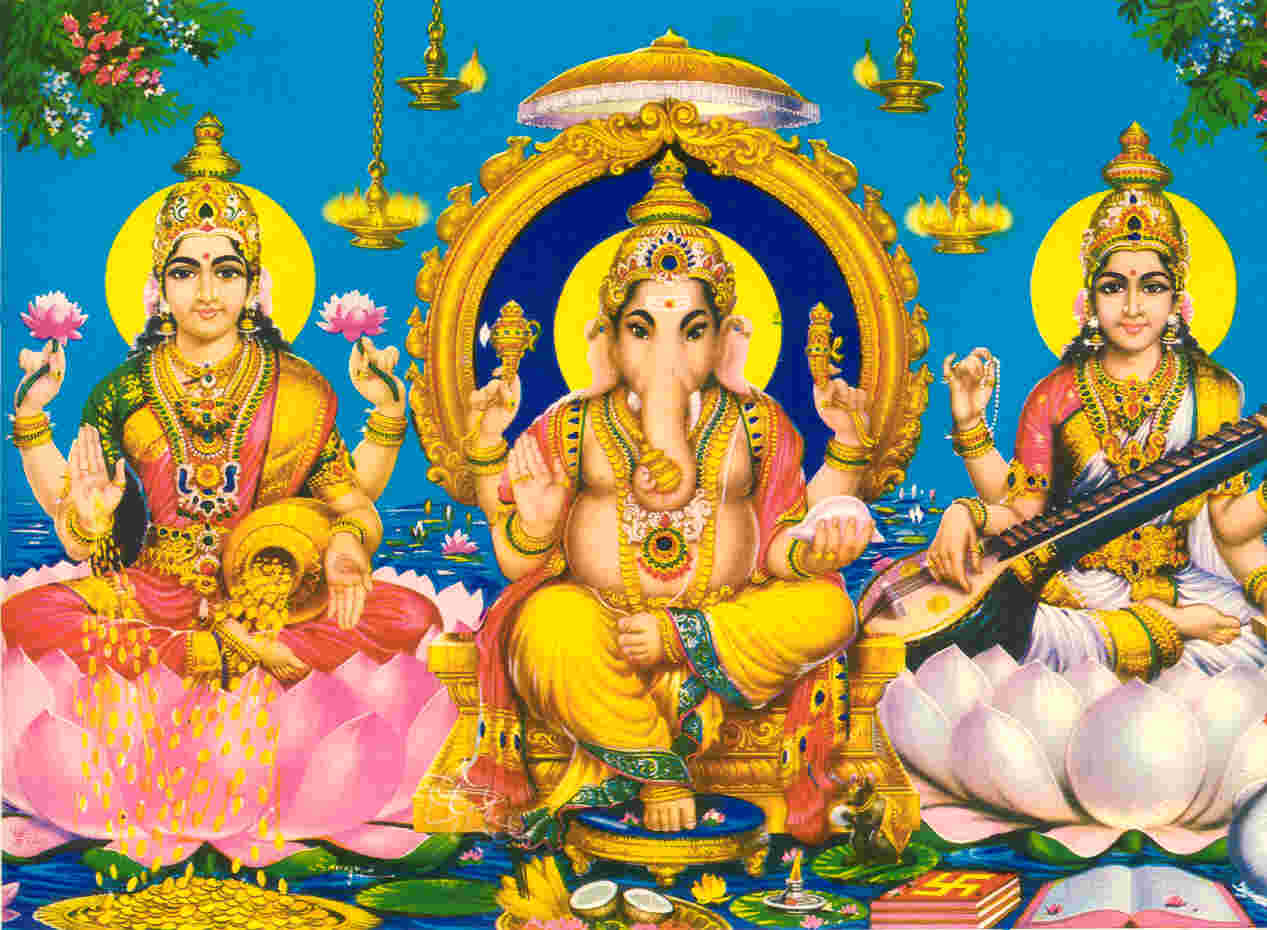 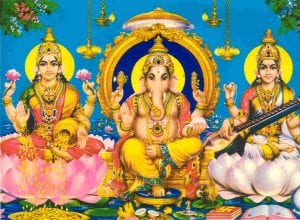 Although the English coined the word “Hinduism” around the beginning of the nineteenth century, the name “Hindu” has been in the language ever since Greek times. Some Hindus did not take to the word Hinduism, preferring the ancient name Vedic. The Vedic texts are known as the Vedas, and they provide the only textual source for understanding the religious life of ancient India. “Veda” means “sacred knowledge” or “learning” in Sanskrit, the oldest written language of India. In the beginning, the Vedas were comprised of 1,000 hymns, which served the priestly families. These were followed by the Veda of Chants, with musical notations for the performance of sacred songs. Prose works were added to explain the ceremonial aspects of the text.

Over the years, Vedic rites became so complicated and had so many rules that only highly trained priests could read the texts explaining them. It was from this background and legacy that the practice and belief in Hinduism evolved. The textbooks on Hinduism, composed in the early twentieth century, were written by Hindus to explain the faith so it could be taught to their young.

More than any other major religion, Hinduism celebrates the breadth and depth of its complex, multileveled spectrum of beliefs. Hinduism encompasses all forms of belief and worship. It has been said that no religious idea in India ever dies; it merely combines with the new ideas that arise in response to it.

Vedanta philosophy consists of three propositions. First, that real nature is divine; second, that the aim of human life is to realize this divine nature; and third, that all religions are essentially in agreement. Hinduism has neither a single prophet nor one god to worship; rather, it offers a plethora of ideas — a metaphor for the gods. It has been called a civilization and congregation of religions. Hinduism has no beginning, no founder, no central authority, no hierarchy, and no organization. Every attempt to classify or define Hinduism has proved to be unsatisfactory in one way or another. These efforts are confounded because the scholars of the faith have emphasized different aspects of the whole.

Hindu domestic lifecycle rites are called samskara. The sacraments are designed to make a person fit for the next phase of his life by removing sins. Historically, there was a lengthy array of sacraments,which have been reduced to sixteen, many of which are bundled in the childhood phase.

Traditionally, birth rites included a prenatal rite for the prospective father to affect the child to be fair or dark, a learned son or daughter, and so on. This was called the impregnation rite. During pregnancy, there were other rites, but, of course, the most important one was at the birth.

Marriage is the most important rite. Once a suitable spouse has been found for the son or daughter the match must be approved by both sets of parents. The approval process may include hiring the local astrologer to draw up the couple’s horoscopes. Once mutual approval is achieved and the bride’s family pays a dowry to the groom, the ceremony can proceed. As with most marriage ceremonies, the rite includes prayers and songs of blessing.

At the conclusion of the ceremony, the bride and groom offer their right hands, which are symbolically bound together with cotton thread that has been dyed with yellow turmeric. Water is then sprinkled over them. Then, they walk around a prepared sacred fire three times. The final ritual for the bride and groom is to take seven steps and make a vow at each step. The steps represent food, strength, prosperity, well-being, children, happy seasons, and harmony in their marriage. That’s it; the couple is now married and after the typical prayers the wedding feast begins.

When a Hindu dies, the body is usually cremated. Cremation is chosen because of the Hindu belief in reincarnation, thus the body is not required after death, only the atman (soul). The body is bathed, wrapped in a new cloth, and laid on a stretcher. Depending on whether the cremation is to take place on a river with the body laid on a pyre or put into a coffin and taken to the crematorium, appropriate scriptures are recited. After the cremation, and if practical, the ashes, flowers, and bones are collected and scattered on a body of water.

The Republic of India uses the Gregorian calendar for its secular life. For its Hindu religious life, it uses the traditional Hindu calendar, which is based on a year of lunar months. The discrepancy between the years — 365 days (solar) and 354 days (lunar) — is resolved by intercalation of an extra month every thirty months. Each month is divided into a bright fortnight (two weeks) when the moon is waxing and a dark fortnight when it is waning.

Hinduism has an extensive range of festivals both in India and throughout the rest of the world. Following are the nine major traditional religious festivals that are generally universally celebrated:

Hindu worship is called puja and encompasses the ceremonial practices that take place in the home or in the temple. The majority of the worship is carried out in the home because Hinduism is part of life,so there are no special days for worship — any time is a time for worship. Puja is the daily expression of devotion. Virtually every home has a shrine with images of the gods and goddesses.

The ceremonial practices vary considerably according to sect, community, location, time of day, and requirements of the worshiper. An image of the worshiper’s chosen deity is displayed in the home and accorded the honor that would be given to a royal guest. The worship can be modest or elaborate depending on the circumstances. A daily puja might involve offerings of flowers, fruit, rice, incense, sandalwood paste, and milk water. If a puja is performed at a mealtime, food will be placed at the shrine, blessing it before it is consumed. Also included might be a circumambulation of the shrine in the home. The temple would probably have a path circling the shrine. In either case, the worshippers chant their prayers as they walk.

Hindu temples range from buildings that can accommodate hundreds of worshipers to simple village shrines. However, the layout, both inside and out, is nearly universal. Most temples will have a ceremonial chariot called a rath, which is like a miniature temple on wheels. A small version of the main deity is placed on it. It is used in processions at festivals. The temple will have a shrine room for one or more deities in which only a Brahman priest may perform the puja.

The variations among temples will of course be considerable — ranging from the elaborate to the simple — but the mode and philosophy of worship will follow the same principles: Devotees will endeavor to create a constant exchange of love and commitment between themselves and the deities.

In Hinduism, the law of karma states that all actions produce effects in the future. A concept that is linked to karma is that of dharma, one’s duty or station in this life. The relationship between dharmaand karma is discussed at length in the Bhagavad-Gita, a major text within the Hindu tradition. A rhyme is helpful: Doing one’s dharma produces good karma.

Essential to Hinduism is the idea of reincarnation. In more technical terms, Hindus accept the doctrine of transmigration and rebirth, and believe that previous acts are the factors that determine the condition into which a being is reborn in one form or another. The idea of reincarnation is virtually universal in India.

According to a basic Hindu concept, people are born over and over again into a state of suffering. Deeply involved in this transformation is the atman — a Sanskrit word meaning “self,” the eternal core of the personality that survives after death that is headed to a new life or is released from the bonds of existence. The atman is inextricably joined with Brahman, the Being itself, a concept that may also be thought of as high god. To be released from the cycle of rebirth, you must attain the atman/Brahman identity. That is, you must become one with Being.

One reason people are born over and over into suffering is that they do not understand this connection. As long as people think atman is separate from Brahman, or world soul, the cycle will continue forever.

Another Sanskrit word, moksha, reflects the ultimate spiritual goal — the individual soul’s release from the bonds of transmigration — to get out of the endless cycle of reincarnation. Now, if the individual is hampered by bad karma, moksha will not occur. But, if the individual has achieved moksha, then the atman is free to reunite with Brahman, thus concluding the cycle of suffering. Those who do not accept that their being is identical with Brahman are thought to be deluded — in such cases, you might say that the atman is clouded by maya, illusion. The only possible solution is to come to the realization that the core of human personality (atman) really is Brahman. The attachment to worldly goods blocks this understanding because it is an obsession that prevents people from reaching salvation and eternal peace.

To add to the difficulties in understanding this process, meanings and interpretations differ from one Hindu school to another. In spite of that, most of them agree that moksha is the highest purpose in life.

To some, Plato’s Republic might bear relevance to the early Hindu doctrine of dividing society into groups, each of which had a role and a place. Brahmans were the priests; Kshatriyas were the warriors; Vaishyas were the merchants; and Shudras were the craftspeople.

This division was the beginning of the Indian caste system. As it progressed into Indian society, the castes multiplied, encompassing a vast range of occupations, rules, and traditions. The Laws of Manu (circa 100 C.E.) provide the text that explains all the complexities of this system. A person’s caste and station in life determines their dharma. Members of one caste would not socialize or trade with another; certain professions were limited to certain castes; intermarriage between members of different castes was not permitted.

Eventually, a group (caste) who called themselves Dalit (downtrodden) formed. Members of this caste did what one might call the grunt work, menial work such as street cleaning and clearing away dead bodies, either human or animal. They became known as the “Untouchables.”

In 1950, a law was passed outlawing the practice of “Untouchability”; nevertheless, this group remains socially and economically the dregs of the caste system. Some members of the caste deny they are Hindu in an effort to overcome the stigma of Dalit.

The idea of caste refers to what in India is called jati, or social status, which is one’s inheritance at birth. Caste is a religious idea, because the priesthood, the prerogative of the Brahman caste, and the superiority of the Brahmans is established in the authoritative Vedas.