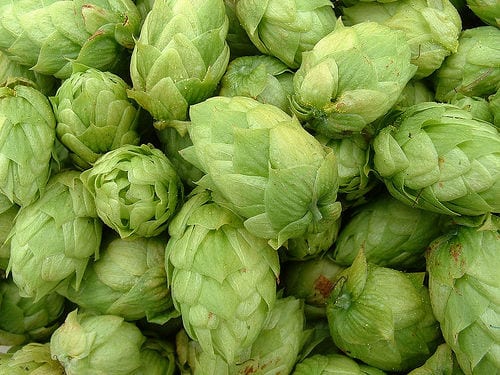 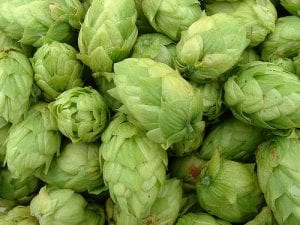 Relaxing and sleep producing; a fantastic herb for dream pillows.

Believed to increase the restfulness & serenity of sleep.

Hops have a long and proven history of herbal use, where they are employed mainly for their soothing, sedative, tonic and calming effect on the body and the mind.

Their strongly bitter flavour largely accounts for their ability to strengthen and stimulate the digestion, increasing gastric and other secretions.

The hairs on the fruits contain lupulin, a sedative and hypnotic drug.

When given to nursing mothers, lupulin increases the flow of milk – recent research has shown that it contains a related hormone that could account for this effect.

The decoction from the flower is said to remedy swellings and hardness of the uterus.

Hop flowers are much used as an infusion or can also be used to stuff pillows where the weight of the head will release the volatile oils.

The fruit is also applied externally as a poultice to ulcers, boils, painful swellings etc, it is said to remedy painful tumours.

Alcoholic extracts of hops in various dosage forms have been used clinically in treating numerous forms of leprosy, pulmonary tuberculosis, and acute bacterial dysentery, with varying degrees of success in China.

The female fruiting body contains humulone and lupulone, these are highly bacteriostatic against gram-positive and acid-fast bacteria.

A cataplasm of the leaf is said to remedy cold tumours.