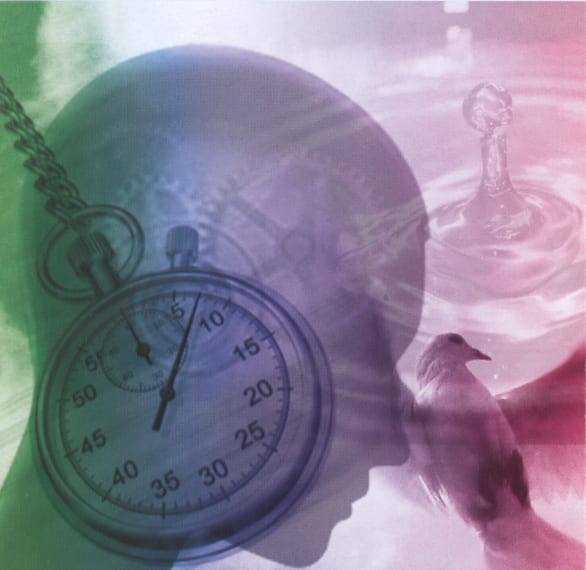 Past Lives or reincarnation, is a belief or many religions and spiritual movements such as Hindu traditions, Buddhism, African Beliefs, Native American, Paganism and new Age movements. In India the idea of past lives was introduced in the Upanishads, c. 800 BCE. In Tibetan Buddhism the soul of an important lama reincarnates into an infant born nine months after the passing away of the lama. Also some ancient Greek philosophers believed in past lives. Some Gnostic groups believe in past lives, but in a negative concept. In some ancient societies people were buried with their possessions in a belief they would take them into future lives. Past lives was also a part of Norse mythology. The Church of Scientology, accepts the belief in past lives. Another strong supporter of the belief in past lives was well known American “Edgar Cayce”. Most present day Christian beliefs reject past lives. Islam also rejects the concept of past lives. Future lives is based on the belief of past lives, for in order to have another incarnation in the future, we must have had a past life. But there is also a belief in reincarnation that we must past through some sort of spiritual plane in order to travel from our past lives to the next life. Many people believe in the theory that how we live in our past lives governs what our journey will be in the next life.

Past lives is the belief that as we reincarnate we do so in a different body. Belief in past lives may also help us to understand, “why are we here” in this life. Some people feel that a person who has done evil in their past life will suffer in this life.

Christian Friedrich Heinecken
He is said to have been talking within just a few hours of birth in 1721. At just one year old he knew the main events in the first five books of the old testament. At just two the whole of biblical history. At three world history . He could also speak German, Latin and French. In 1724 the King of Denmark brought him to Copenhagen. The infant predicted his own death within twelve months and died at four as predicted.

Wolfgang Amadeus Mozart
At only fours years old he wrote a piano concerto, minuets and a sonata. His compositions were technically accurate and also extremely difficult. At seven he composed a full length opera.

Miguel Mantilla
This two year old had the ability to answer such questions as in what year will February 4 be a Friday.

Jean Louis Cardiac
Born in France in 1719 this three month old baby could repeat the alphabet. At three years old he could read Latin, at four he could translate it into French or English. He died at just seven years old.

Jose Capablanca
Born in Cuba by the age of four he was a world class chess player. He went on to become world champion.

Giannella De Marco
On March 12, 1953 this eight year old girl conducted the London Philharmonic Orchestra. The London concert was the 123rd of her career which began at just four years old.

Carl Friedrich : Gauss :
At three years old he noticed a calculation mistake in his fathers payroll records. He went on to become the greatest mathematician of the 19th century.

Astrology and Past Lives
When the following planets are retrograde in your chart it may be indicative of something that happened to you in a past life.

Mars
When Mars is retrograde in your chart in indicates you were a soldier in a past life. But more interesting is that you did not agree with the war you were fighting. You were called upon to do things against your beliefs and will. I often find this past life situation in people who had past lives as American soldiers in Vietnam.

Mercury
When Mercury is retrospective in your chart it is indicative of a past life where there was no freedom of speech and people were persecuted for their words. I often find this in people who had past lives during the catholic inquisition. The lesson in this life is to speak out against injustice and to stand up for freedom of speech.

Venus
When Venus is retrograde in your chart it indicates that you and your soul mate have been kept apart in previous incarnations due to a dark force. In this incarnation you will probably experience the same problems in trying to be with your soul mate due to these same forces. People with this past life situation often have difficulties in this life in relationships.

Jupiter
When Jupiter is retrograde in your chart it indicates a past life where you were persecuted for your religious beliefs. I often see this in people who had past lives in the cather church, celtic church and other religions who were persecuted by the roman catholic religion.

Fragrances in Past Lives
One of the most important ways of inducing an altered state of consciousness. In past life meditation fragrances assist you to open your inner awareness.

Eucalyptus : Helps prevent being negatively affected by any emotions that are aroused through past life meditation.

Frankincense : May help you find the reasons for any obsessive behaviors that are a result of past lives.

Lavender : Is effective with past life meditations that reveal the origins of inner conflicts that are interfering with your spiritual growth.

Lilac : Assists in recalling past lives by increasing your level of awareness.

Myrrh : A powerful fragrance that is used in past life healing.

Sage : Awakens the realization that the soul extends beyond one physical incarnation.

Flower Essences in Past Lives
Flower essences are of use in achieving specific functions. The ones below are of use with past life meditation.

Blackberry : Helps to awaken the higher teachings of the past.

California Poppy : Gently releases the karma of the past that is still held within the heart.

Chaparral : Stimulates your dreams to reveal information about past life issues still affecting you.

Iris : Unlocks your creative aspects from your past lives.

Thyme : Useful in past life therapies.

Past Lives Crystals
Crystals release a frequency that are effective for past life meditation. Holding the crystal in your hand or placing it against your forehead is the most effective method.

Carnelian : Helps to bring insight into how to use your past life knowledge.

Double Clear Quartz : Stimulates awareness of how the past is reflecting in the present.

Hermalite : Effective in past life regression through hypnosis.

Old Soul
There are a number of factors to take into consideration when calling one an old soul. First of all it has nothing to do with ones age in this incarnation. For example, a four year old child may be an old soul, yet an eighty year old person may be a young soul. One thing for sure is that an old soul seems to have had many reincarnations on Earth or other places for that matter. But most important they have brought with them a sense of spiritual wisdom through the learning processes of previous incarnations. Old souls are also people of strong emotional stability.

Fate and Destiny in Past Lives
Your own fate may be said to be determined by the time, date and place of your birth. We may say that in some ways it outlines the things to come. When you were born into this incarnation you were given certain traits and it is up to you to decide what to do with these traits. It is believed you can change the outcome of your fate. But remember this will be done within the context of what you were born with. Remember you have free choice and you should never allow fate to control your life if it makes you feel unhappy. In the end the final choice is yours. Destiny is in many ways the final calling to resolve past life issues and put these matters to rest. Destiny is about the future. Your destiny is affected by the time, place and date of birth but you still have free will. Destiny and fate may not always be so easy to explain or understand. The outcome and difference between your destiny and fate will be determined by you and only you.

Karma
Karma is a Hindu belief that a person who leads an honest, virtuous life will build up good karma, while a person who leads a dishonest, shameful way of life builds up bad karma. It is believed that the circumstances of the life surrounding you now are those that were a consequence of karma from a previous life. Therefore the type of karma you create in this life will govern how you live in a future life.