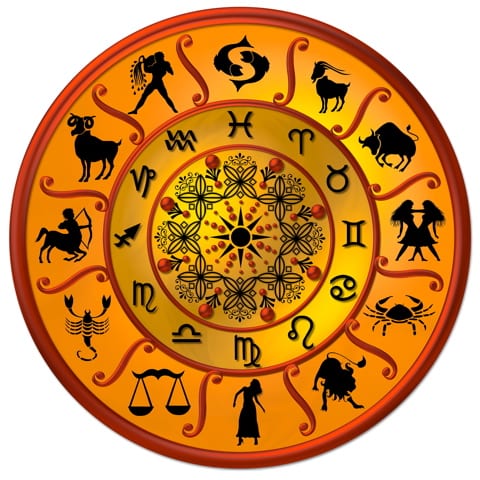 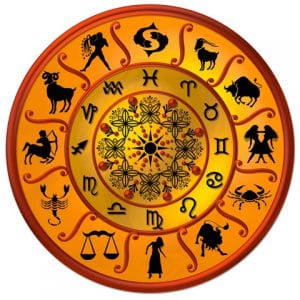 For predictive purposes, Western astrologers examine the movements of the celestial bodies in relationship to a natal chart. As the relationship between Earth and the heavens changes, your life changes, too. Astrologers use a variety of methods to calculate and predict these changes, including transits, solar returns, and progressed charts.

Transits refer to the passage of the sun, moon, and planets through your birth chart at any given time. As the heavenly bodies move, they activate factors in your natal chart, causing you to feel or behave or experience life in certain predictable ways. For instance, if Uranus transits your fourth house, which corresponds to the home, you might relocate. If it hits your natal Venus, the planet of relationships, you might get divorced. Because the planets closest to Earth move more rapidly than those farther away, the influences of their transits are felt for a shorter period of time. Outer-planet transits can affect you for months, even years.

You can look up the exact positions of the sun, moon, and planets on any given day in a book called an ephemeris. These tables of planetary motion list the heavenly bodies according to the signs and degrees in which they’re located on every day of the year. Usually the data are arranged by month and grouped into a volume that covers a year, a decade, or even an entire century.

A solar return chart can be drawn up each year to give you an overview of your personal year, which means from one birthday to the next. This chart is based on the precise moment in any given year when the sun is in exactly the same place (relative to the Earth’s position) as it was at the time of your birth. To construct a solar return chart, use the month, day, and time of your birth, but instead of your birth year, use the year you want to know about. If you are living somewhere other than the place where you were born, calculate the chart for the place you’re living now.

A solar return chart can be read separately or in connection with the natal chart. It shows what areas of your life will be emphasized during the year and lets you predict broad patterns that will prevail. Often, it will support the information presented by transits or progressions. Many people find lunar return charts valuable, too. These charts are calculated for the moment when the moon returns to the exact position it occupied in your natal chart, which it does at least once a month. Because the moon is especially important in magic work, lunar charts can help you pinpoint the most auspicious times for casting certain types of spells.

Progressions also provide an excellent way to predict broad patterns for a year. In this type of astrology, your chart is advanced a day for every year you’ve been alive. Let’s say you were born on March 11, 1965. To see what the year 2015 would hold for you, you would count forward fifty days, and then calculate a chart for that date. What you have now is a progressed chart that lets you see what to expect during the fiftieth year of your life. You can also use progressions to examine particular years in your past.

Other types of charts can be cast to reveal various things about the future, too. Each chart offers its own unique data and insights. A horary chart answers a specific question, such as “Should I take this job?” or “What will my life be like if I marry this person?” An astrologer calculates the chart according to the date, time, and place where he or she understands the question — the seeker’s birth information isn’t relevant. Patterns and symbols contained within the horary chart answer the question and usually provide related information as well. Because horary charts don’t follow the same rules as natal charts, and because they also require a great deal of astrological expertise to interpret, they aren’t used as widely as other types of charts.

Event charts provide information about a situation or event. For example, you might want to know how a certain election will turn out. You could calculate a chart for the date and time the polls close. The chart would reveal not only who will win the election but also the conditions surrounding the election and what effects this will have on the city, state, or nation. Astrologers often cast charts for presidential elections, and they study the transits to these charts along with the birth charts of the candidates. You can do an event chart for just about any occurrence: a plane crash, a Super Bowl game, a medical procedure, a college graduation, or a marriage.