Resins and Other Ingredients Used In Incense

Home Resins and Other Ingredients Used In Incense 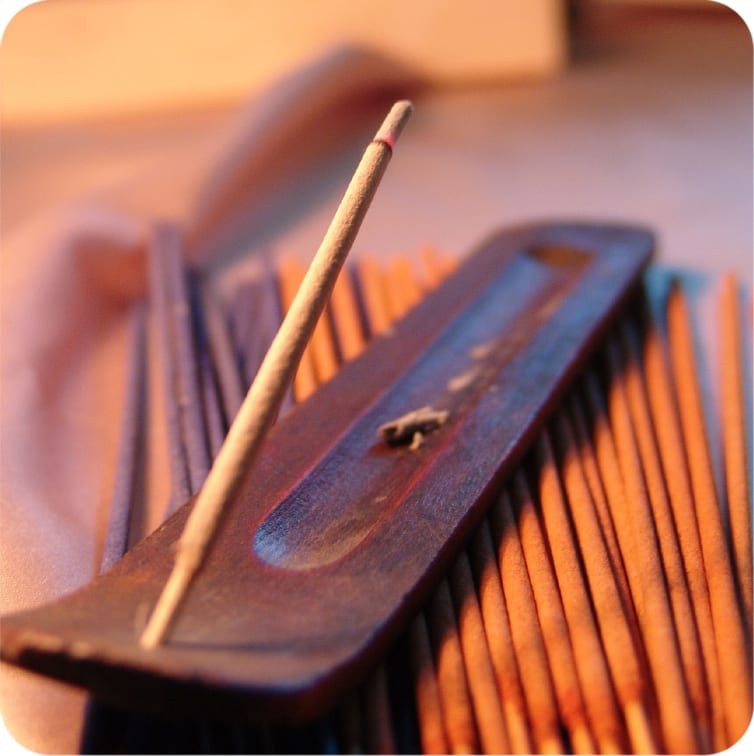 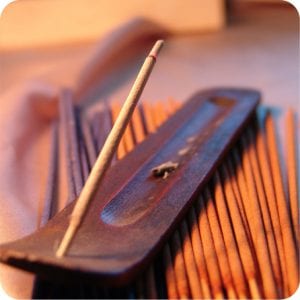 ALUM – No smell, helps herbs in incense from smelling burnt.

BENZOIN – Burn in incense to sanctify an area. The scent is also used to attract business when combined with basil, peony or cinnamon.

CAMPHOR – Used to ward off unwanted advances from others, in healing and to stimulate psychic senses. Good for the cleansing of negative energies, dreams of prophecy, divination.

COLOPHONY RESIN – also known as Pine Resin is believed to be strengthening and cleansing and has long been held sacred in many cultures. Pine resin has a mild citrus like, green – balsamic fragrance. Native Americans used pine in their incense mixtures and chewed it to treat throat infections. They also used the resin to heal wounds and bruises.

COPAL – Burn for protection; cleansing; purification; to promote spirituality; and to purify quartz crystals and other stones before use in magic. May be substituted for Frankincense. A piece of copal may be used as the heart in poppets.

DAMMAR RESIN – also known as cat-eye resin, lifts the spirit and is said to bring light to the darkness of the soul. Dammar resin is particularly useful to combat sadness, depression and melancholy.

ELEMI GUM – Elemi is known to be clarifying and cleansing with energizing properties. It stimulates mental ability and works well for morning meditation, tai chi or yoga exercises. It creates a spirit of hopefulness and is said to relieve depression.

GUIACUM – The wood and its resin globs were sought after for treatments and cures for gout, syphilis and rheumatism and several other ailments. Today the resin is still used for expectorants and as a dye in medical procedures to detect the presence of occult (hidden) blood. The raw resin, called gum guaiac, is responsible for the pleasant aroma as it contains vanillin (artificial vanilla).

MYRRH – purifies the area, lifts the vibrations aids contemplation and meditation and creates peace. However, it is seldom burned alone; usually in conjunction with frankincense or other resins. Myrrh increases the power of any incense to which it is added. Myrrh is also included in healing incenses and sachets, and its smoke is used to consecrate, purify and bless objects such as amulets, talismans, charms, and magical tools. It also aids meditation and contemplation.

OPOPONAX RESIN – Opoponax is also known as sweet myrrh, but unlike the myrrh that most people know and love the scent of opoponax is sweeter, softer and longer lasting. Its scent resembles burnt caramel which is very different from the sharp pungency of myrrh.

ROCK SULPHUR CRYSTALS – Use as a magical fumigant to protect animals and dwellings. Sulphur is also placed on the altar during protective rituals or in the home as a general ‘ward’.

SALTPETRE – Our Saltpeter is potassium nitrate. Used as a burning agent for incense, herbs etc. To add potency to all incense just add a pinch to them, also use on candles (remember just a tiny pinch), it will add extra power to all spells and rituals.

SANDERAC GUM – Its yellow tears are especially aromatic when heated. It is often used as a fixative in woody, pine, or oriental perfumes.

SULPHUR POWDER – Actually a mineral the powdered form of sulphur, caution-smells like rotten eggs, used in exorcism and protection incenses. Sprinkle to remove and drive away evil forces and break spells and hexes.

TRAGACANTH GUM – Used to bring the ethereal into the depths of your dreams or your subconcious. Burn during binding spells and in spells to aid the transformation of the subconcious.

VESTA POWDER – To honour Vesta, the Goddess of the hearth, the sacred fire and maternity. Sprinkle around the room where any magical rites are to take place as an enticement for the flame of brightness to enrich the ritual. It is also burned to accomplish its aims ~ to clear the premises quickly of all evil spirits, to cease harmful gossip or whatever special intentions are requested of Vesta. Used as a sachet, it is said to help present the illusion of the wearer’s youthfulness, purity and innocence.