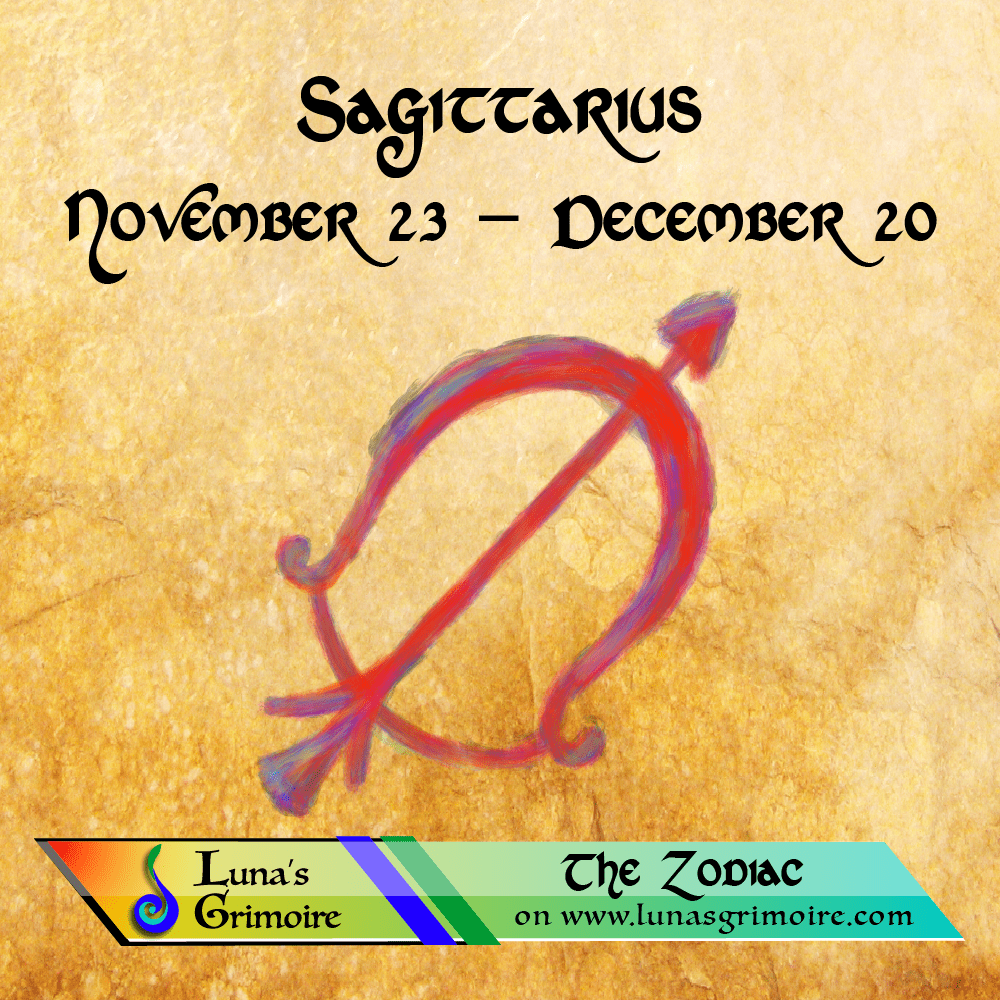 Sagittarians have a positive outlook on life, are full of enterprise, energy, versatility, adventurousness and eagerness to extend experience beyond the physically familiar. They enjoy travelling and exploration, the more so because their minds are constantly open to new dimensions of thought. They are basically ambitious and optimistic, and continue to be so even when their hopes are dashed. Their strongly idealistic natures can also suffer many disappointments without being affected. They are honorable, honest, trustworthy, truthful, generous and sincere, with a passion for justice. They are usually on the side of the underdog in society they will fight for any cause they believe to be just, and are prepared to be rebellious. They balance loyalty with independence.

Sagittarians are usually modest and are often religious, with a strong sense of morality, though they tend to overemphasize the ethical codes they follow and worship beliefs about God rather than God Himself. This means that, negatively, they regard rigid, unloving, intolerant adherence to ritual and conventional codes as more important than the truths they symbolize or embody. They sometimes pay lip service to religions and political parties in which they have ceased to believe because the outward forms satisfy them, yet they may not hesitate to switch allegiance in politics or change their system of belief if they see personal advantage to themselves in doing so.

They have both profound and widely ranging minds, equipped with foresight and good judgement, and they can be witty conversationalists. They love to initiate new projects (they make excellent researchers) and have an urge to understand conceptions that are new to them. they think rapidly, are intuitive and often original, but are better at adapting than inventing and are at their best when working with colleagues of other types of character that compliment their own. They are strong-willed and good at organizing, a combination that gives them the ability to bring any project they undertake to a successful conclusion. Their generosity can be balanced by their extreme care at handling their resources.

Sagittarians are ardent, sincere and straightforward in love, normally conventional and in control of their sexual natures. Yet if thwarted, they may easily allow their failure to embitter their whole lives or they may revenge themselves upon the opposite sex by becoming cynically promiscuous. They are more apt then the average to make an uncongenial alliance.

If their marriages are successful, they will be faithful spouses and indulgent parents; but their innate restlessness will inspire them to use even the most satisfying ménage as a base from which to set out on their travels. They need to fell free and are often faced with the choice of allowing their careers to take over their lives at the expense of the love of their spouse and family. Sagittarian women are the counterparts of their men; even if they have no career to rival their love, they find it difficult to express affection and may run the risk of being thought frigid.

In other personal relationships they are reliable, seldom betraying any trust given to them. They can, however, be impulsively angry and both male and female Sagittarians know how to be outspoken and exactly what expressions will hurt their adversaries most. On the other hand they are magnanimous in forgiving offenses and are responsible when looking after the elderly in the family.

Their gifts fit Sagittarians for a number of widely differing professions. They are natural teachers and philosophers with a talent for expounding the moral principles and laws which seem to explain the universe. This gift enables them to be successful churchmen on the one hand and scientists on the other. The law and politics also suit them, as does public service, social administration, public relations and advertising. Travel and exploration naturally appeal to such restless souls and, if their opportunities are limited, they may find something of travel and change of scene in the armed forces or through working as a travelling salesman. Others may make fine musicians and, in the days before automobiles, they were said to be successful at horse trading and all activities, including sporting ones, concerning horses. This has been translated in modern terms into an interest in cars and aircraft – and again with emphasis on the sporting side racing, rallying etc. They are said to make good sports coaches, but their tastes in this direction may lead them into imprudent gambling, though the gambling instinct may be sublimated by carrying it out professionally as a bookmaker.

The vices to which Sagittarians are prone are anger they tend to flare up over trifles; impatience – they want to rush every new project through immediately and demand too much of colleagues who cannot work at the pace they require; and scorn of the inadequacies of others while expecting fulsome recognition of their own efforts. They may in one sense deserve recognition, because in completing a major project they will sacrifice their health and family relationships; in their family’s eyes they may merit condemnation.

They can be exacting, domineering and inconsiderate in the work place; and boastful, vulgar and extravagant in their private lives. Their restlessness, if excessive, can jeopardize more than their own stability. some Sagittarians risk becoming playboys, wasting their lives away in frivolous pursuits. Others can develop a moralizing, religious fanaticism or else turn into hypocrites, their inner prudishness disguised by an outward appearance of joviality. Another side of the religiosity which is a danger in Sagittarians is superstition.

Sagittarius governs the hips, thighs and sacral area; subjects suffer from ailments of the hips and thighs and are liable to sciatica and rheumatism. An alleged deficiency of silicon in their physiques can give them poor skin, nails and hair.

As they are often sportsmen indulging in dangerous pursuits, they are prone to accidents which arise from these. The ancient astrologers mention falls from horses and hurts from them and other four-footed beasts. The taking of risks in other sports is a danger to the modern Sagittarian, and he is also liable to accidents with fire and heat.

Your Starstone is the TOPAZ. Topaz, the gem comes in many different colors and is a member of the quartz group. It aids in bringing forth your leadership qualities and enables you to grasp control of any situation you confront in life. Topaz makes you feel more in control of yourself or the situations you encounter and helps you deal with them in a competent fashion. It helps you take the lead and handle things in a competent fashion. Tradition has it that Topaz helped foretell the future, enhance sexual energy, and promote harmony.