Meditation: Some Mantra's & Their Meanings

Home Meditation: Some Mantra's & Their Meanings 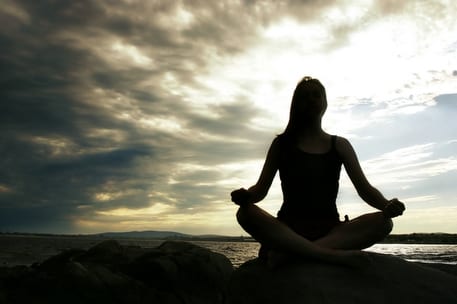 There are two things you can do to make the use of a mantra more powerful, regardless of how you recite. One is to see the mantra, as if it is being written as you say it, and the other is to actively listen to it as you say it, perhaps, in this case, when using the first two languages.

Some of the most frequently used mantras are given below:

Is the Mangala Charn Mantra, and is chanted for protection. It surroundsthe magnetic field with protective light, and means “I bow to the primal Guru (guiding consciousness who takes us to God-Realization), I bow to wisdom through the ages, I bow to True Wisdom, I bow to the great, unseen wisdom.”

The First Shakti Mantra tunes into the frequency of the Divine Mother, and to primal protective, generating energy. Chanting it eliminates fears and fulfils desires. Adi Shakti means the “Primal Power,” Sarab Shakti means “All Power”, and Prithum Bhagawati means “which creates through God.”

Guarantees by the grace of Guru Amar Das, who is hope for the hopeless, and Guru Ram Das, who is King of the Yogis and Bestower of Blessings, past, present and future, that the prayer will be answered, and that all one’s needs are provided for, signed, sealed and delivered!

Dharti means “earth” and Akash is Ether, and Guru Ram Das is the venerated 4th Sikh Guru. This is the 1st Sodhung Mantra.

Is the Magic Mantra so named for its power and sacredness. It is usually chanted in reverse (Ek Ong Kar, Sat Gur Prasad, Sat Gur Prasad, Ek Ong Kar). Many pages are devoted to the explanation of this mantra and we are warned to chant it in reverence. It means, “There is one Creator – Truth revealed through Guru’s grace”.

Is the Mul Mantra, the root of all mantras. It means, “The creator of all is One. Truth is His Name. He does everything, fearless, without anger, undying, unborn, self-realized, realized thru Guru’s Grace, Meditate: He was true in the beginning, true thru all the ages, true even now. Nanak shall ever be true.”

Is the Adi Shakti Mantra, and it is very powerful for awakening Kundalini and suspending the mind in bliss. Ek means “One, the essence of all”, Ong is the primal vibration from which all creativity flows, Kar is “creation”, Sat “truth”, Nam “name” Siri “great”, Wha “ecstasy,” and Guru is “wisdom”. Taken together it means, “There is one Creator whose name is Truth. Great is the ecstasy of that Supreme Wisdom”!

Is the Guru Gaitri Mantra which means “Sustainer, liberator, enlightener, infinite, destroyer, creator, nameless, desireless”. It brings stability to the hemispheres of the brain and works on the Heart Center to develop compassion, patience and tolerance, uniting one with the Infinite.

Calls upon Guru Ram Das in praise of his spiritual guiding light and protective grace.

HAR means Creative Infinity, a name of God.
HARA is another form.
HARI is the active form of Creation.

The name of God is the True Name.

This mantra opens the Heart Chakra and means “We the universe, God, God.”

Means Creator – the Primal Vibration from which all creativity flows.

Is the Adi Mantra that precedes Kundalini Yoga practice, tuning one in to the higher self. Ong is “Infinite Creative energy in manifestation and activity”. (“Om” or Aum is God absolute and unmanifested), Namo is “reverent greetings’ implying humility, Guru means “teacher or wisdom”, Dev means “Divine or of God” and Namo reaffirms humility and reverence. In all it means, “I call upon Divine Wisdom”.

Is “Creator, I am Thou!”, a heart-opening and empowering mantra.

Prana is the life force, Apana the eliminating force, and Sushumna is the Central channel for that force. This helps draw energy up the spine for healing. Hari and Har are names of God.

Is the Siri Gaitri Mantra, and is chanted for healing. Ra is the sun, Ma is the Moon, Da is the earth, and Sa is Infinity. Say is the totality of Infinity, and So Hung is “I am Thou”. “Ra Ma Da Sa” is the Earth Mantra. and “Sa Say So Hung” is the Ether Mantra.

Is the Panj Shabad expressing the five primal sounds of the universe. “S” is Infinity, “T” is life, “N” means death and “M” is rebirth. (The 5th sound is “A”.) This is one of the most frequently used mantras in Kundalini Yoga.

Is the Seed Mantra or Bij Mantra and it is the most widely used in the practice of Kundalini Yoga. Sat means the Truth; Nam means to call upon, name or identify with. Sat Nam means Truth is my identity and I call upon the eternal Truth that resides in all of us. Chanting this mantra awakens the Soul, and more simply means “really”. It is pronounced to rhyme with “But Mom!”

Narayan is the aspect of Infinity that relates to water, and Hari Narayan is Creative sustenance, which makes the one who chants it intuitively clear or healing. Sat Narayan is True Sustainer, Wahe Guru, indescribable Wisdom and Sat Nam, True Identity. This is the ancient Chotay Pad Mantra.

Is the Guru Mantra, the mantra of ecstasy. It is not translatable but chanting it elevates the spirit.

“The ecstasy of consciousness is my beloved.”

The Gayatri Mantra has been revered for thousands of years by both Hindus and Buddhists alike.. It is called “The Mantra of Spiritual Light.” It heals the body, feeds the Spirit and illumines the Intellect.

The longer form of the mantra activates all seven major Chakras and connects them to the seven great spritual realms of existence:

By chanting this mantra, Divine spiritual light and power is infused in each of the seven chakras and connects them to the Spiritual Realms. The last part infuses our minds, hearts and souls with the power of the spiritual light that created the Universe.

The Gayatri Mantra is the greatest Mantra of all the four Vedas. It can work miraculously. It describes God as the creator of all, giver of all happiness and remover of all darkness, sins and ignorance of the mind.

If a person recites Gayatri Mantra every day, he will surely have good luck, bright future, health, wealth, happiness and all good thing of life. Swamiji advice:- “You recite Gayatri Mantra and do its Jaap (repeat it) daily and leave the rest to God. All would be well in your life”.

Gayatri Mantra repeated 108 times for 40 days. It is recommended that before jaap you properly bathe the body.

Jap or repeated chanting of some scriptural text, Divine name or Mantra is indeed one of the most integral part of spiritual practices.

While performing Jap (repetitive chanting of Mantra or Name of God) while practicing spirituality, we try to remember That Supreme Being of whom one otherwise seldom thinks while involved in worldly matters. The repeated chanting of Lord’s name in course of ‘Jap’ is for seeking divine help for upliftment from the abyss of moral degradation. Disconnection from the cosmic consciousness of Divinity reduces man to the lowly status of a humanoid animal or a humanoid insect.

In the realm of Indian spiritual literature, the well-known and most efficacious Mantra for Jap is the Gayatri Mantra Jaap. It has been designated as the ‘Guru Mantra’. The Jap of Hindu Gayatri Mantra is extremely efficacious in refining the inner-self. It has earned the distinction of being the essence of the most ancient scriptures – the Vedas. In its words lie the seeds of celestial wisdom and science contained in the Vedas. Apart from helping in spiritual evolution, Gayatri Jap is also significant for material well-being. Around and behind the gross human body there are quite a few subtle energy centres known as Chakras, Granthis, having paranormal capabilities (such as telepathy, psychokinetics, clairvoyance… etc.). By activating these nuclei of energy, man can develop extra-sensory control over forces of nature. The ultimate product of the process of Sadhana (the exercise for controlling faculties of mind) is acquition of Siddhi (paranormal capabilities). Amongst the yogic exercises of Sadhana which fructify as extraordinary.