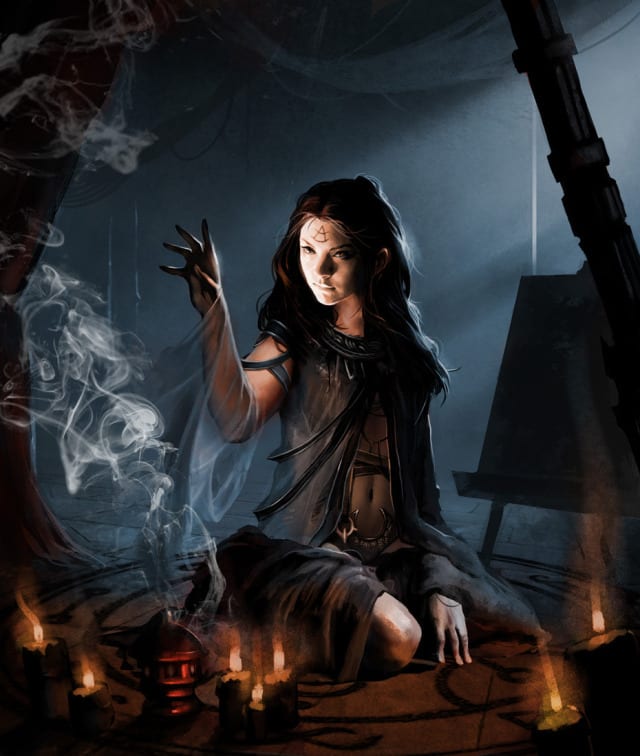 Despite what appears to be a wealth of information available on neo-Pagan traditions, one section of the community seems to be grossly under-represented and that is those of us who reside in the Southern Hemisphere – Australia, New Zealand and even South Africa, to name but three countries. The majority of authors residing in the Northern Hemisphere seem to have little or no knowledge at all of the differences between the hemispheres. And if such a difference is acknowledged, it is usually limited to only the Sabbats. It is no wonder that endless debates occur on how to “do things” down under.

The following is a suggestion based on my own personal observances as both a Wytch and magickian who resides in the Southern Hemisphere, which may be of assistance to others.

There are at least four major differences between the Hemispheres. The first is the obvious six-month difference in the seasons. When it is Midsummer in the Northern Hemisphere, we in the South are celebrating Midwinter (the “Christmas in July” theme is becoming a popular event even amongst non-Pagans). The dates, according to general consensus, of the Southern Sabbats are:

If we use the astrological signs in which the Sun moves into to determine each Sabbat date as opposed to actual calendar dates, then this too is changed by six months:

This means that Northern Hemisphere-based festivals appear largely out of place in the Southern Hemisphere. Our Morris Dances however still celebrate “May Day” on 1 May regardless of the fact that it marks the beginning of Winter; likewise the Christian Easter falls in Autumn as opposed to Spring in the Northern Hemisphere. However, there are specific events that do align – in particular specific Southern Hemisphere-based public holidays. One good example is ANZAC Day, the day on which we remember Australian and New Zealand service men and women that died at war. This day of remembrance occurs on 25 April, close to the Southern Samhain on 30 April.

If we take the above information into consideration when placing the elements around our magickal circle, it then seems logical for the placement of Fire to be in the North, while Earth is placed in the South. Environmentally, to the North is the Equator and from the North come the scorching Summer winds. North is also the placement in the sky of the Noonday Sun. In the South however, where the Sun never appears in the Southern Hemisphere, are the bitter cold Winter winds, as well as the frozen mass we refer to as Antarctica. However, this goes against the directional placements of the elements in more traditional Pagan groups.

I know a number of traditional Crafters who continue to place their altars in the North because according to their tradition (despite it being Northern Hemispheric-based) this is the “dark quarter.” One reasoning behind this is that on the astral the directional placements of the elements do not matter. If this is the case, then when I operate between the worlds, it should not matter if my physical altar and circle casting reflects the land in which I reside. Surely, if the founders of Earth-based traditions such as the Craft and Wicca (for example, Gerald Gardner, Alex Sanders or even Aleister Crowley) were based, or had spent some time, in the Southern Hemisphere, would they not have taken the differences into consideration?

Some Pagans living in the eastern states of Australia not only swap the elemental directions of Fire and Earth around, but also Water and Air. When you take the environment into consideration, it is easy to see why they do this. East of Australia is the Tasman Sea or even the Pacific Ocean – large bodies of water. In the Southern Hemisphere our weather patterns move largely from the West (therefore the placement of Air).

Another difference between the hemispheres, which is often overlooked, is the direction in which the crescents of the Waxing and Waning Moons point. In the Southern Hemisphere, the Waxing Moon in the sky actually points to the right, while the Waning Moon points to the left. Therefore the symbol of the Triple Moon Goddess (the maiden, mother and crone) reflects an introverted appearance opposed to the extroverted appearance in the Northern Hemisphere. But there are times where the Moon decides to really throw the spanner into the works and the Waxing Moon can be observed lying on her back pointing upwards, and the corresponding Waning Moon pointing downwards.

For us Southern Pagan practitioners, there is more to take into consideration when we work our magick and our circles than simply swapping the Sabbat dates around. And with the varying opinions and reasons behind even basic circle casting, it is little wonder newcomers to the various Pagan traditions in the Southern Hemisphere find it all very confusing. Maybe Pagan book publishers should take this into consideration, and if anyone is interested in issuing a contract for such a book, I would be interested in writing one (shameless plug, but I couldn’t resist).

In the Southern Hemisphere not only do we appear to do things standing on our heads, but also working backwards as well – or maybe it is you Northern Hemispheric Pagans who have got it wrong!