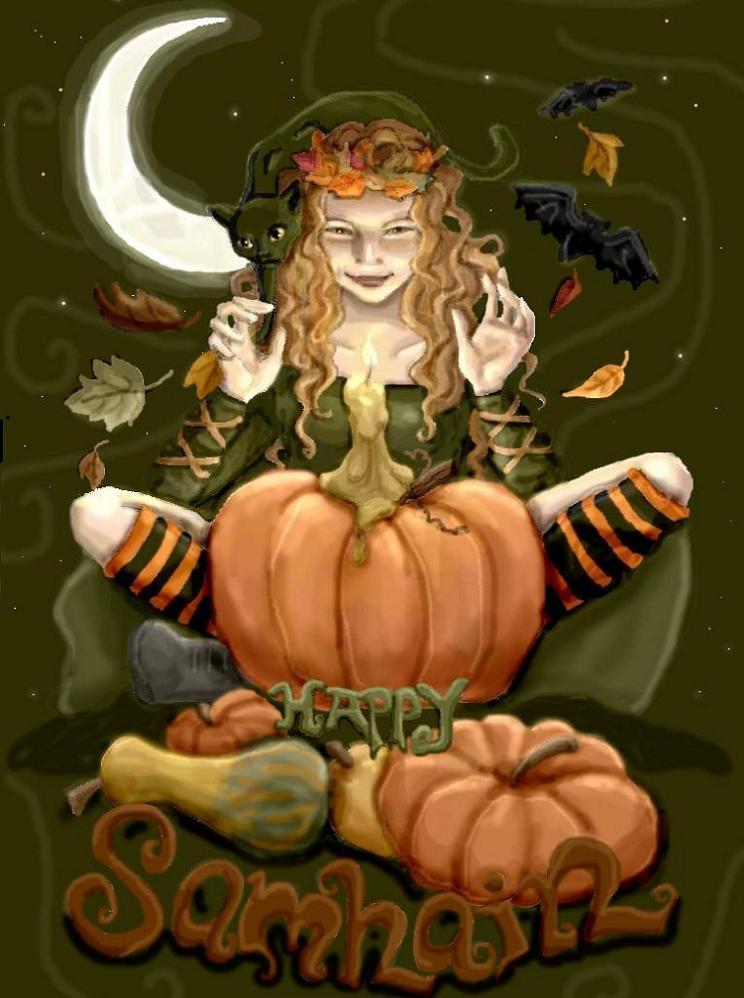 Primary meaning: Samhain, pronounced “sow-en” — not “sam hain” –marks the beginning of the cold months or winter; it is the Day Between the Years. Primary elements to contemplate are endings and beginnings, change, reflection and reincarnation. Celebrations honor the dead, ancestors, the wisdom of the Crone and the death of the God.

Customs and myths: In England, it formerly was the custom to go “a-souling” on this night, asking for little “soul cakes” and offering prayers for the dead in return. In the British Isles, lanterns carved out of turnips (in the New World pumpkins) were at one time used to provide light on a night when bale fires were lit, and all households let their fires go out so they could be rekindled from the new fire.

Another custom was the Dumb Supper, in which an extra plate was laid for the dead and the meal was eaten in silence. Bobbing for apples, roasting nuts in the fire and baking cakes that contained tokens of luck are ancient methods of telling the future now. Ducking for apples was a divination for marriage. The first person to bite an apple would be the first to marry in the coming year. Apple peeling was a divination to see how long your life would be. The longer the unbroken apple peel, the longer your life was destined to be.

In Scotland, people would place stones in the ashes of the hearth before retiring for the night. Anyone whose stone had been disturbed during the night was said to be destined to die during the coming year.