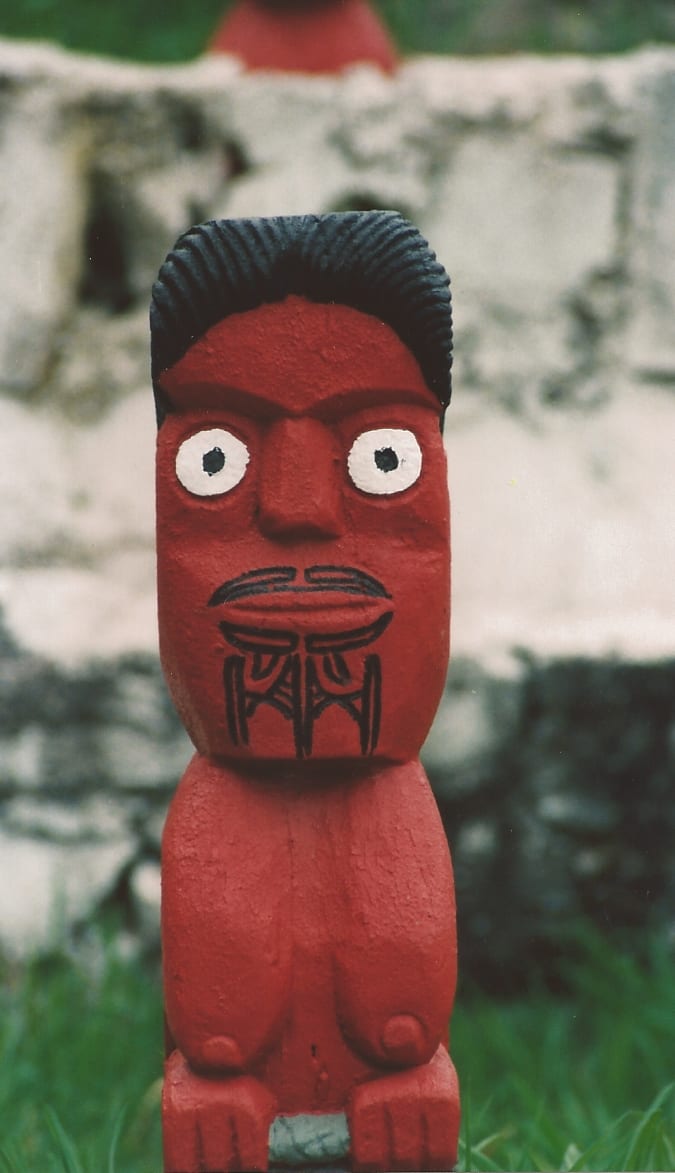 Since interaction with Christianity, the Maori people, indigenous to New Zealand, have produced some sixty identifiable independent religious movements. The people had no name for themselves until they adopted Maori (which means “normal”) to distinguish themselves from the Europeans, who had become more numerous following the discovery of the two islands by the English Captain Cook in the late 1700s.

With the English came a series of diseases, mainly measles and influenza, against which the Maori had no resistance. This led to a decline in the local population. After Great Britain annexed the country in 1840, there was an appreciable increase in the number of Europeans. Today, New Zealand is populated mainly by people of European descent; Maoris comprise a minority.

The British came seeking profit and the Maori chieftains eventually took exception and became involved in the bargaining of their land for sale. Not everyone agreed with that policy and fighting took place within the Maoris. By 1872 the fighting came to an end; the result by then was that the Maori culture had become decimated and the struggle was how to retain the customs and rituals that had existed before the invaders arrived.

The Maoris have a wonderfully rich mythical origin that began with Ranginui, the sky father, and Papatuanuku, the earth mother. The sky father and earth mother prevented light from reaching the world because they were always in such a close embrace. Their offspring decided to separate them and thus allow light to come into the world. But there was a war about the separation of the parents. Tawhirimatea (god of the winds) won out over Tane (god of forests) and Tangaroa (god of seas). However, Tumatauenga (god of war) came to defeat all of them. Thus, the world developed with wars and violence.

Spiritual Movements of the Maoris

The most spiritual movement in New Zealand, Ringatu, was founded in 1867 by the Maori guerrilla leader Te Kooti (1830–1893). It embraced a benign philosophy including faith healing. Services were held on the twelfth day of each month and on Saturdays. Generally, they were held in meeting houses, and love feasts and communion (without bread or wine but including Bible verses, songs, chants, and prayers) were all part of the services. Te Kooti was elevated to the status of a prophet and martyr. A liturgy produced in the 1960s, The Book of the Eight Covenants of God and Prayers of the Ringatu Church, may have originated orally from Te Kooti.

The Maoris have no official established religion; in fact, many of them have no adherence to any religion, although the Maori version of Christianity is practiced in the Ratana and Ringatu churches.

A Methodist farmer, Tahupotiki Wiremu Ratana (1873–1939), founded the Ratana Church. He had established a reputation as a mystical faith healer, which drew the crowds. He preached of moral reform and of one God: the God of the Bible. By a process of political and religious pressure, the Ratana movement disassociated itself from other denominations. The New Zealand Anglican bishops denounced the church; they weren’t too taken with their practices of faith healing and the taking of medicines.

By becoming politically involved and gaining some support, in the 1960s the church eventually got back together with the other New Zealand Christian churches. The Ratana church by then was not solely Maori, but had attracted many white members to the congregation.