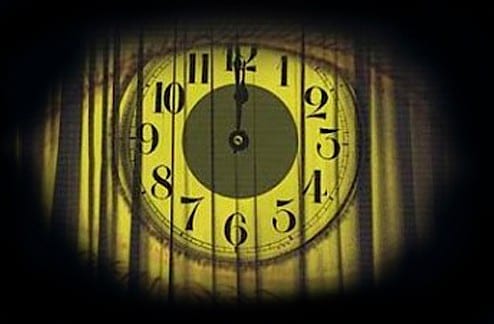 The history of the witching hour may be traced to the ancient times of the worship of Goddesses associated with the moon and fertility. As the moon waxes in its phases so do the powers of those, until they culminate at the full moon.

In European folklore, the witching hour is the time when supernatural creatures such as witches, demons and ghosts are thought to be at their most powerful, and black magic at its most effective. This hour is typically midnight, and the term may now be used to refer to midnight, or any late hour, even without having the associated superstitious beliefs. The term “witching hour” can also refer to the period from midnight to 3am.