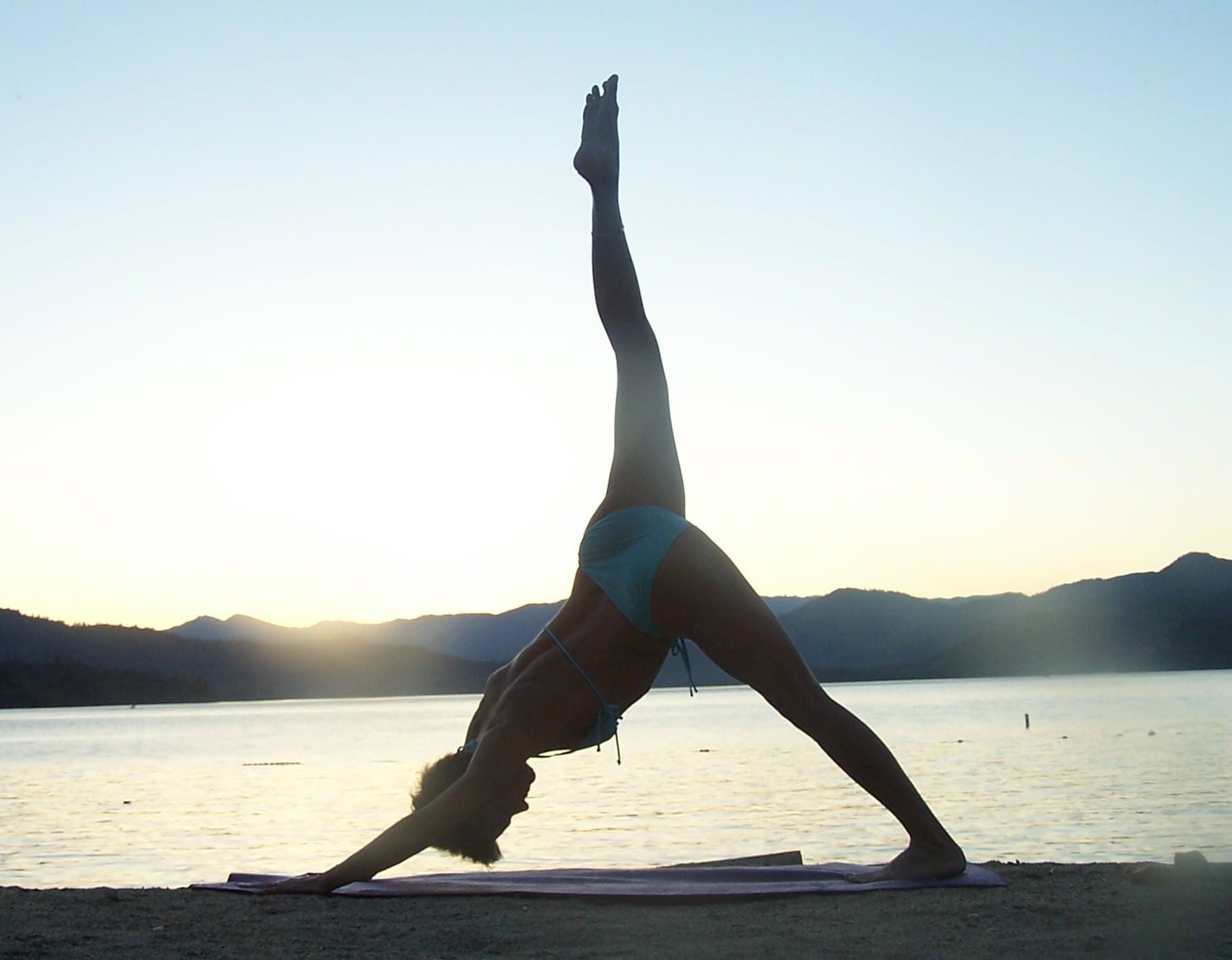 Yoga is a complete system of physical and mental training. The word “Yoga” is Sanskrit for “union”.

Yoga originated over 5,000 years ago in India. It was originally practised by Hindu Ascetics. Patanjali originally described the path of the yogi in the 3rd century. Yoga was then introduced to the west in the 19th century. Millions of people each year are now doing yoga. In its purest form yoga is a system controlling all aspects of life.

There are a series of spiritual stages on the path to enlightenment. This starts with ethical guidelines, healthy eating habits and personal hygiene. It then progresses through the practice of asanas (physical positions) and pranayama (breathing) to meditation. Eventually this leads to a supreme level of pure consciousness.

There are many types of yoga. A number of medical studies have indicated that yoga may benefit a wide range of conditions. Asanas are done to have an impact on the physical body stimulating organs and nerve centers. Meditation and breathing techniques influence the flow of prana (life energy). When the mind and body are in harmony you are then able to focus on spiritual goals.

A sedentary lifestyle and stress are major risk factors for heart disease, so yoga is an ideal preventive measure. Not only does it calm and center you, but it’s also an effective way to strengthen your heart muscle and stretch and relax blood vessels (veins, arteries, and capillaries), which are lined with muscle. It can also lower your blood pressure and improve circulation, helping your heart function more effectively.

All styles of yoga share a common lineage. No style is superior to another. Choosing a yoga style is simply a matter of personal preference.

Ananda – Classical style of hatha yoga.
Ananda Yoga is a more gentle, inward experience. Uses asana and pranayama to awaken, experience, and begin to control the subtle energies within oneself. Uses those energies to harmonize body, mind, and emotions. Makes use of silent affirmations while in the asanas as a means of working more directly and consciously with the subtle energies to achieve this attunement. Developed by Swami Kriyananda.

Ashtanga
Developed by K. Pattabhi Jois. Ashtanga is physically demanding. Participants move through a series of flows, jumping from one posture to another to build strength, flexibility and stamina.

Bikram Yoga
Bikram Choudhury’s yoga is hot and sweaty. In class the thermostat is set high. You perform a series of 26 asanas, sometimes twice, that is designed to warm and stretch muscles, ligaments and tendons in the order in which they should be stretched. Founder by Bikram Choudhury.

Integral Yoga
Developed by Swami Satchidananda. Integral classes place almost as much emphasis on pranayama and meditation as they do on postures.

Iyengar Yoga
B.K.S. Iyengar is a well known yoga teacher and the creator of one of the most popular styles of yoga. His style of yoga is noted for great attention to detail and the precise alignment of postures, as well as the use of props such as blocks and belts. Teachers must complete a rigorous 2 to 5 year training program for certification.

Kripalu Yoga
Kripalu puts great emphasis on proper breath, alignment, coordinating breath and movement, and “honoring the wisdom of the body”, you work according to the limits of your individual flexibility and strength. There are three stages in Kripalu yoga.

Sun Salutation
The Sun Salutation is a graceful sequence of twelve positions performed as one continuous exercise. Each position counteracts the one before.

1. Begin by standing erect, feet together, hands can by your sides or in the prayer position. Exhale.

2. On inhale, raise your arms up overhead and arch back from the waist. Keep legs straight.

3. Exhaling, bend or fold forward, bringing your palms to beside your feet.

4. Inhaling, move the right leg back, place knee on floor. Arch your back.

5. Hold breath. Move other leg back.

9. Inhaling, step forward, move right foot to between hands, rest knee on other leg on floor.

10. Exhaling, bring other leg forward, bend down from waist, place palms down.

11. Inhaling, stretch arms forward, up and back over your head, while bending back.

12. Exhaling, move arms to side, while coming to upright position.

Kundalini
Kundalini is a Sanskrit term that means coil or spiral energy that is aroused through use of Yoga. This energy may channeled through the chakras.
Kundali is often associated with the Goddess Kali. It is sometimes shown as a coiled serpent.

Klesas
In Yoga the causes of suffering and pain.

Hatha Yoga
Hatha Yoga is a particular system of Yoga described by Yogi Swatmarama, a yogic sage of the 15th century in India, and compiler of the Hatha Yoga Pradipika. Hatha Yoga teaches you techniques that are related to the physical control of the body. Rythmic breathing methods called Pranayama and postures known as Asanas are used. Hatha yoga contains substantial tantric influence, and marks the first point at which chakras and kundalini were introduced into the yogic canon. The word Hatha consists of two polar opposites. Ha means sun, Tha means moon. Ha is masculine, Tha is feminine.

Om Yoga
Om, also spelled “Aum”.
Is the oldest mantra, or sound of numinous power, known to the sages of India.
Often is used as a mantra during meditation.
Although often pronounced as if it rhymed with “home,” it is also pronounced “ah-oo-mm.”

4. Half-part , (ardha-mâtra) Atharvan songs , Atharva-Veda , fire of universal destruction , Maruts (deities of the mid-region who are especially associated with the wind) , Virât , lightning-like and multicolored , dedicated to Purusha.

Pranayama Yoga
Pranayama is a sanskrit word that means control (yama) of the life force (prana). It is also commonly used to describe various yogic breathing exercises that help give the practitioner control of the life force, or pranayama. It was originally expounded by Patanjali, an ancient Hindu philosopher and yogi, in his Yoga Sutras, a text on yoga philosophy and practices. Loosely translated as prana or breath control. Ancient yogis developed breathing techniques to maximize the benefits of prana. Breathe in and out through your nose.

Yoga is a great form of exercise and is a great way to learn how energy moves through the body. we can also learn to control both our spiritual and physical worlds with yoga. Energy is the fabric of whichthe universe is made up of and by listening we learn more about ourselves and the universe around us.

So as you learn yoga listen to your body and what it is telling you and remember to have fun. Also I find yoga to be a great way of keeping in shape and as we get older it helps to keep us limber so I have added this page to the site for all those who would like to learn more of this form of exercise and I know there are quicker ways to learn the flow of energy but in taking short cuts how much do you miss.